The reader indubitably knows what they are getting in a Stuart Ross Feed Dog imprint from Anvil Press – choppy pieces, usually brief, that veer in their surreal varietals and frequently end abruptly like sausage links of jello hacked with an angelic chainsaw. Form resists pattern; what something means, or even sounds like, seems a moot point in the face of the imagination’s slackened chorus of willy-nilly leapings. Now I’m an Ashbery aficionado as everyone knows but that doesn’t mean I don’t think he composed some utter toss-away bits, particularly in his later volumes, and Chisholm’s book certainly contains a few of these WTF and WHY snippets. Frankly, I have NO idea what the criteria would be for the inclusion of a piece like “Your New Home,” a teensy ditty in six short lines: “You, invaded./As wise as rust,/as red as Confucius./Lessons in articulation,/Outfits,/designer infants.” Such sketches aren’t even surreal, they merely exclude the reader entirely from any connection (except presumably the Christine it is dedicated to), all referentiality personal and essentially uninteresting. No hooks here; just a shrug of stuff. This blah instance is however countered by an even shorter piece, “Yours,” in which the surreal actually melds with its ally, feeling, to produce a simple paean to another poet’s somatic cadences. Without an echo of emotion, as found say in much of Jason Heroux’s work, the surrealist poem often just lies there, yawning “so what?” in neon banana pants. 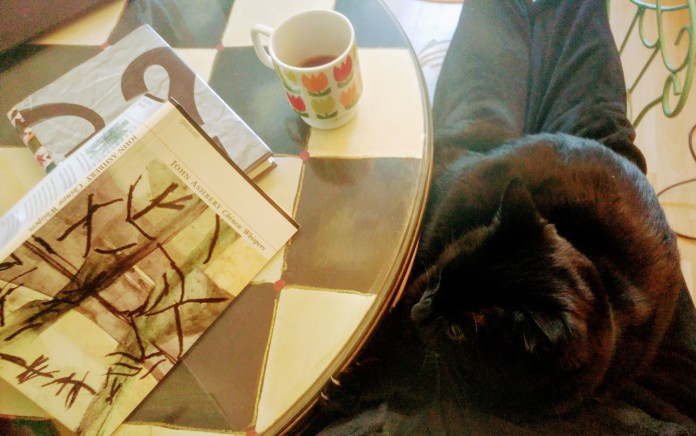 Although Chisholm’s book didn’t stir the heart-ducts much, it does contain a perfectly satisfying sequence of horoscope poems, the known format providing a striking container for a host of odd prognostications or advice, such as, “Cling tightly to your old-fashioned mahogany values” (Leo) or “The key to your happiness is in the mouth of the zoologist” (Scorpio), and there are other compelling poems: particularly the ending of “Heist” (the stillness that overtook us/was borrowed from a book), the anaphoric two-pager “The Delicate Thing,” the energetic onomatopoeia of “Bleat,” the edging-on revelation “The Thing About Me,” the repetitions of perfect in “The Precise Order of Things,” and the random list of “Rendered.” These are, indeed, as the back blurb proclaims, “flabbergasting” poems. But what else would you expect to emerge from the pen of a glockenspiel player in a Hawaiian dream pop band?